For our second portrait we chose the ‘Afghan Girl, a photo taken by journalist Steve McCurry for the National Geographic Magazine Cover in 1985.

One reason to use  Steve McCurry’s photo was that it combined practicing the drapes of the girls scarf with the difficulty of mixing the skin tones for her face.

As it was only the second portrait the group practised the results vary greatly but everyone was happy with the outcome so far. There are still a few changes to be made before we can call it a finished project. 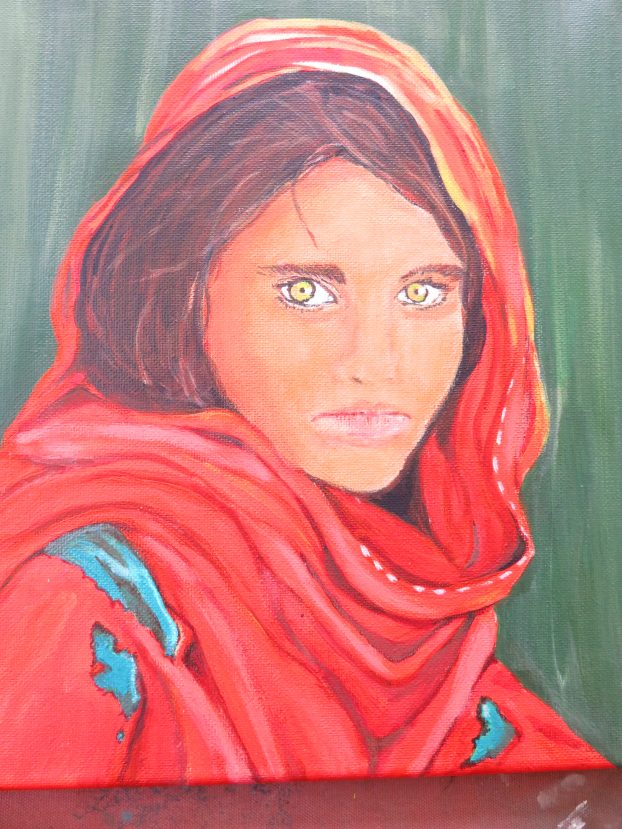 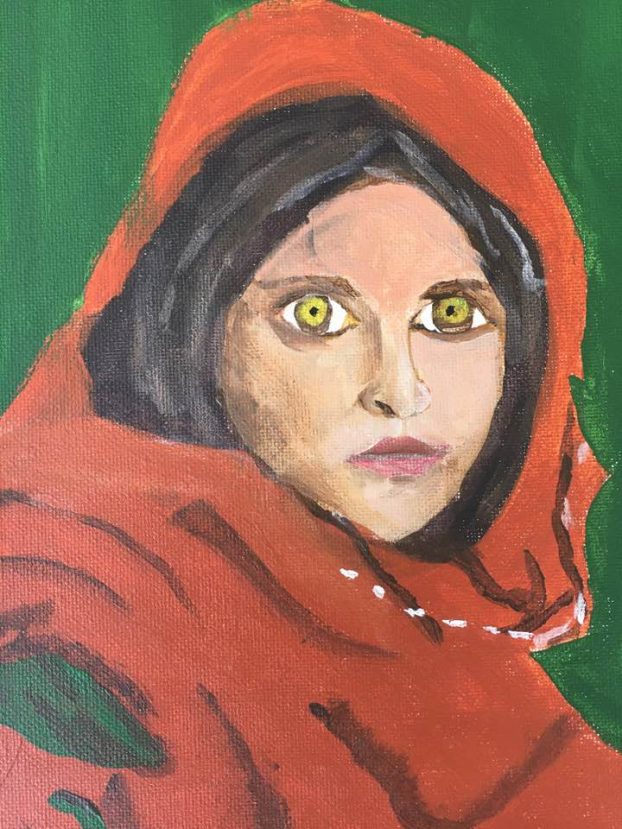 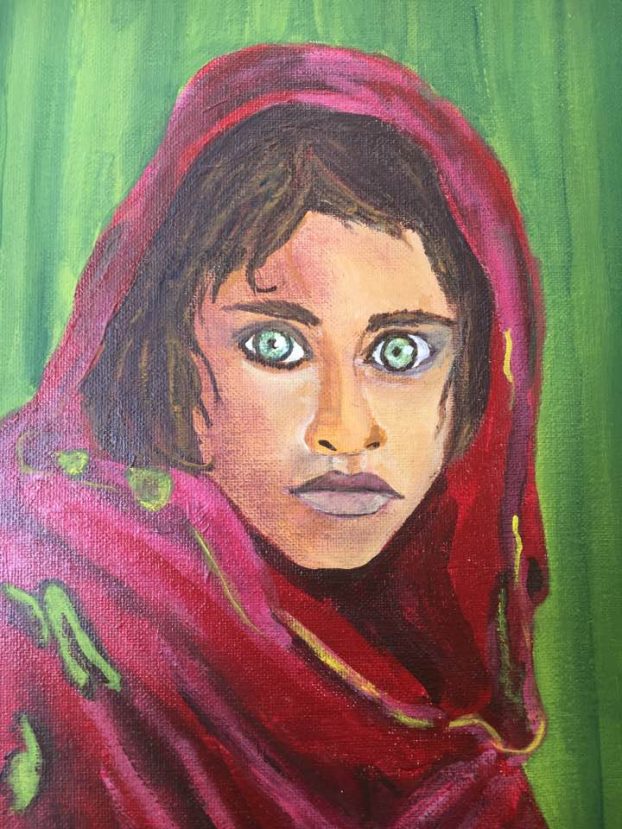 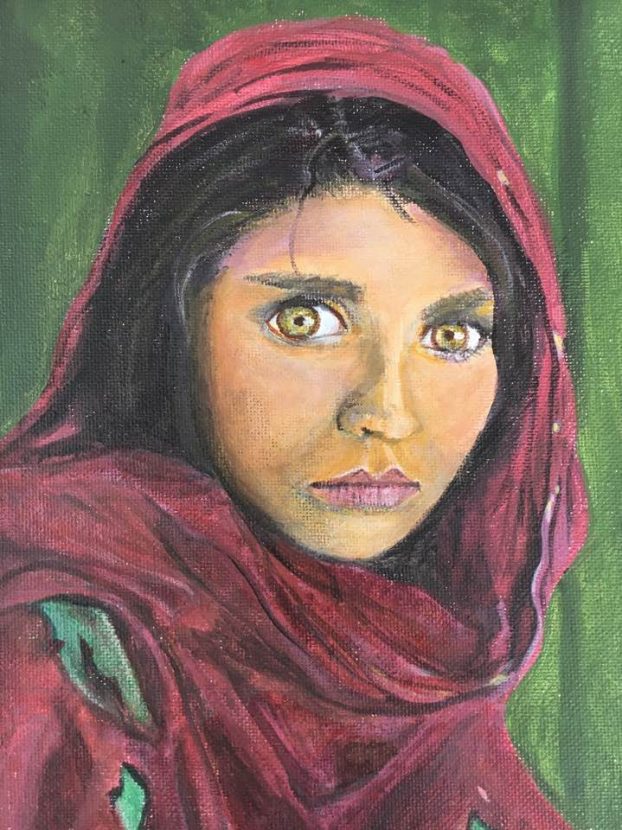 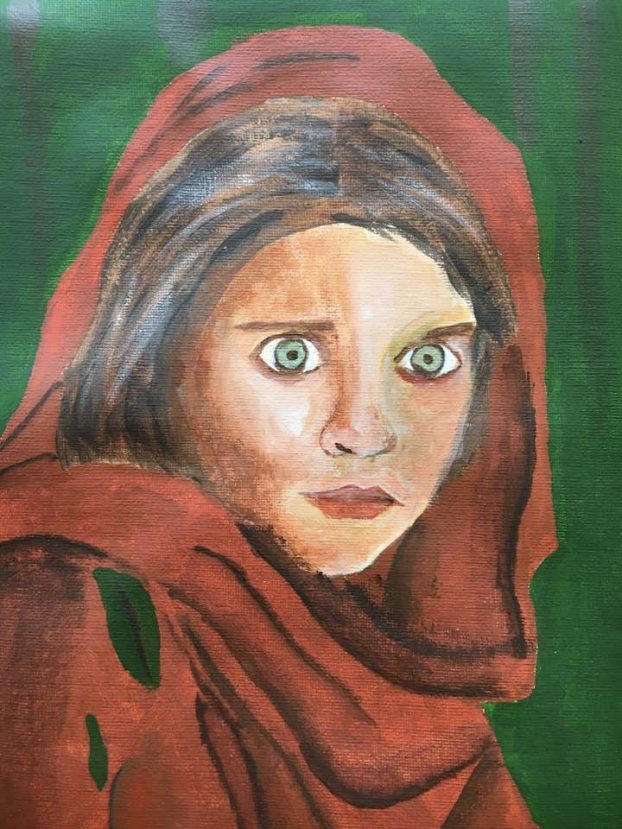 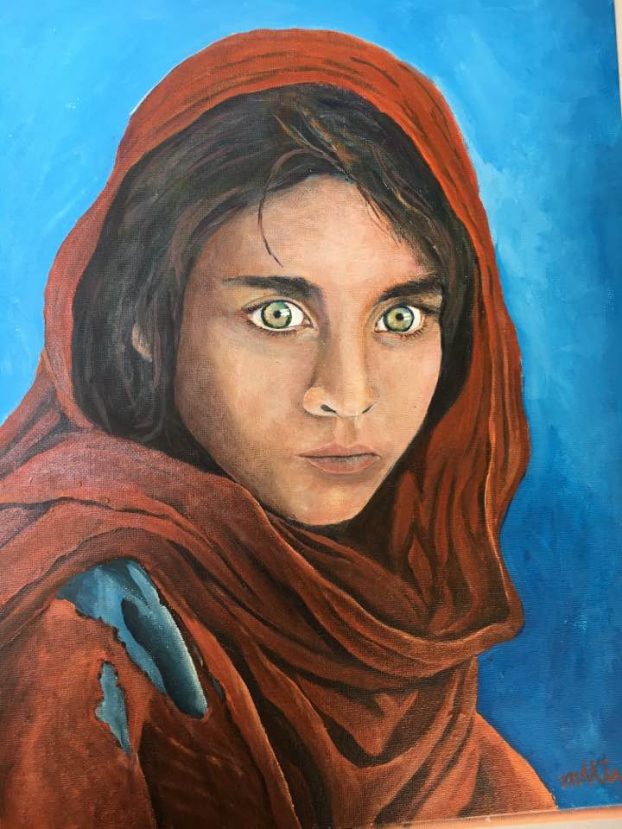 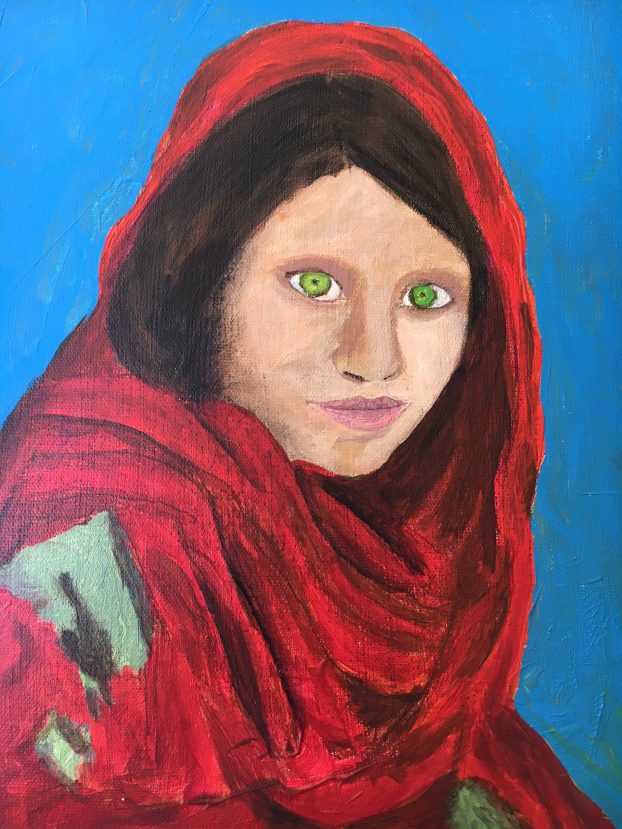 And here is the original photo of Steve McCurry 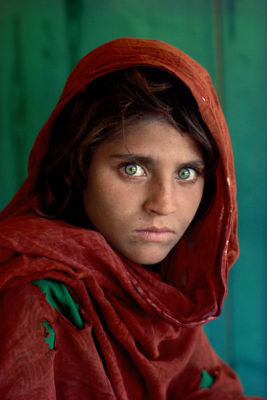