One of my first pours on a round surface turned out so pleasing that I almost did a little victory dance. It did dry perfectly without any cracking or distorted cells. After drying it for about a week I stored the painting together with other finished paintings to make space for new works.

For some time I was considering if I should embellish the painting or not. But I liked it the way it was so decided against it. 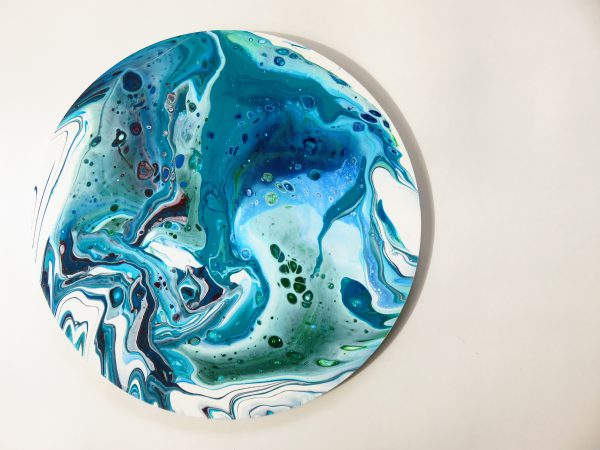 But ‘Shock Horror’ when I took the painting out to attach the hanging wire to the back. It had glued itself to the frame it was resting on. Even though I tried to remove it as carefully as I could, some of the paint was left on the frame and I had two gaping holes on 2 sides of the painting. The only way to disguise that damage was to embellish it.

The blue water colours were my guide to choose water creatures. To fit them around the damage i created some mystical creatures that be with  bit of fantasy could  be interpreted as Polar Bear and Dolphin. 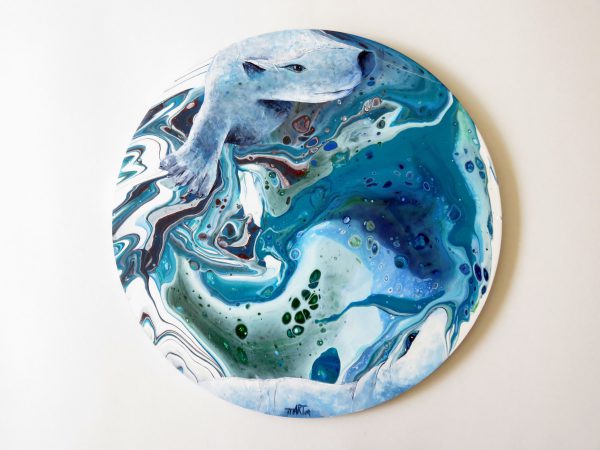 I hope it still finds someone who loves it the way it is.